Memorial of the Loss of springs

The effects of the local healing springs were known as far back as two thousand years ago, as proved by the Roman coins found in the Primordial Spring (Pravřídlo) and by the Celtic jewellery discovered in the Giant Spring near Duchcov. The base for Bohemia's oldest spa was set in the 16th century by Volf of Vřesovice, who had the oldest spa buildings constructed around the springs. The golden days for Teplice started in the 18th century thanks to the noble family of Clary-Aldringens. Balneology was flourishing here and gained fame all over Europe; Teplice won the nickname "little Paris". Its treatment methods were progressive – rehabilitative exercises, electrotherapy, carbonate thermal baths and many others.

However, reckless coal mining in the town's environs caused vast damage to the flourishing spa, bringing it on the brink of doom. On 13th February 1879 at six o'clock in the morning, a piece of news that the Primordial Spring had stopped rising to the surface spread all over the town. The reason was immediately clear: sixty hours earlier, a water breakout had occurred in the Döllinger mine near Duchcov; a large part of the shaft had been flooded and 25 miners had died. The breakout upset the ground water balance and caused the level of Teplice's springs to drop by 26 metres. Panic broke out; people started to withdraw their savings bank deposits and it seemed that the spas were finished. Eminent mining experts and geologists came to Teplice and managed the work to rescue the springs. Their rediscovery on 3rd March was helped by an American firm's drilling derrick; the catastrophe was averted. Nevertheless, the town paid a high price in lost reputation; Carlsbad and Marienbad seized the opportunity and won Teplice's clients for themselves. Since then, the springs have had to be pumped and, what is worse – Teplice's spas have never regained the fame they achieved when celebrities from all over Europe were getting together here every year.

All healing springs are slightly radioactive and are used to treat disorders of locomotive, vascular and nervous systems. The main springs are the Primordial Spring, Stone Spring, Mountain Spring and the spring Hynie. The Primordial Spring is the hottest one; its water temperature is 42.5 °C and it rises to the surface in the shaft situated under the Dean Church, from where it is pumped to the Beethoven Spa House. 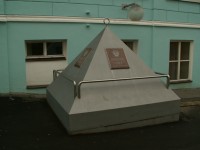